Working to ensure that Jews feel secure to fully engage in both religious and civic life.

Jan. 18, 2010
Judy Siegel-Itzkovich , THE JERUSALEM POST
Among the chaos and lack of law and order in Haiti since the earthquake that may have killed hundreds of thousands of people, the IDF medical and rescue team has seen a few points of light.

Not long after their arrival in Port-au-Prince, the team members saved the life of a customs clerk who was trapped in his office for 125 hours by debris, and then treated him in the Israeli field hospital – by far the largest, most equipped and best organized in the country.

It was the 121-member IDF team’s first rescue since its arrival and establishment of the field hospital on Shabbat. More than 100 survivors have been treated, with three in 10 in serious condition and 50 percent moderately injured. Children comprise more than half of the injured, most with limb injuries and bone fractures. Nearly a dozen lifesaving operations have been performed.

The field hospital, said its commander Col. Dr. Itzik Kreis, “is currently the most significant medical center in the area struck by the earthquake.”

On Sunday morning, the parents of a baby born in the field hospital named him Israel. It was an ordinary delivery, and there are two more women about to deliver there.

Deputy hospital director Dr. Carmi Bar-Tal, a Beer Sheba physician in charge of triage and hospitalization who as a civilian works in Soroka University Medical Center’s internal medicine department, told health reporters in a conference call: “The most serious patients – both wounded in the quake and sick – arrived from clinics run by the Americans, Russians and other groups who cannot handle these most serious cases.”

Bar-Tal said the huge hospital operates in a well-guarded, fenced soccer stadium in the center of Port-au-Prince. There are open fractures, crush injuries and other orthopedic problems.

“Some limbs had to be amputated. There are battles in the streets over food and water, with people waiting outside. We opened a community clinic near the fence so patients who needed to be bandaged would not have to be admitted to the hospital,” he said.

The deputy director said the hospital was completely full. “We discharge patients but don’t know what awaits them afterwards. At least we gave them a chance to live. Some, such as a man paralyzed with a spinal injury, could not be admitted because doctors knew they could not help him.”

The staff members are well taken care of and
lack for nothing. They share the food brought in from Israel with patients and their relatives.

The Israeli rescuers have been well received by the Haitians. TV cameramen photographed survivors applauding and singing next to the IDF search and rescue team after they pulled someone out of a collapsed building. They were singing a refrain of “Good job, Israel.”

At first they didn’t know who we are. They thought Americans or Canadians. They were surprised to hear we are Israelis, but now they identify us. The most obvious thing is that they are very sad; You can see it in their eyes. They are not hysterical but resigned,” said Bar-Tal.

Meanwhile, ZAKA – Israel’s experts in extricating survivors and the dead – reported that its team members have been begged by desperate people to extricate their loved ones, after being dispatched to save people at one location and being unable to stop to give children water, because if they gave one bottle, they’d be surrounded and unable to go where most needed. They reported that the US forces have taken control and give ZAKA instructions on where to go, with an armed UN jeep as their escort.

Several Israeli medical centers are represented by doctors, nurses and other professionals in Haiti. One is Jerusalem’s Shaare Zedek, which recently launched a major project to develop the Dr. Jack Matloff Family Disaster and Emergency Response Center. This project will create a comprehensive emergency preparedness and disaster management center and is designed to serve as an urgent care facility for mass casualty incidents and an training center for medical professionals and first-aid responders.

“The fact that four of our senior medical professionals have been chosen for this mission in Haiti is an important indicator of the central role played by Shaare Zedek in the realm of emergency management,” said hospital director-general Prof. Jonathan Halevy. “We wish them all the greatest of success in this mission and look forward to their safe return as soon as possible.”

Magen David Adom coordinator Dudi Abadi said that the earthquake appears to be one of the largest humanitarian crisis in history. The organization’s paramedics left immediately to cooperate with the Federation of the International Red Cross. They arrived via the neighboring Dominican Republic and joined the Norwegian Red Cross team that will set up an additional field hospital.

Posted on January 18, 2010
Get more information to secure your Jewish institution at www.jcrcny.org/security.

Disaster Chaplaincy Services Responds to the Earthquake in Haiti 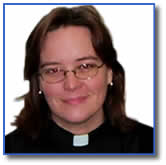 Beginning on January 14th, Disaster Chaplaincy Services (DCS) volunteer chaplains under the leadership of Rev. Julie Taylor have been providing support to the Haitian community of New York City in response to devastating earthquake that hit Haiti on January 12th. At the request of the American Red Cross in Greater New York DCS chaplains were onsite at four public schools in Brooklyn providing crisis interventions and support to the affected students and staff.

Throughout the weekend DCS chaplains have given support to the Haitian community and are scheduled at a number of locations in the upcoming week.

Thank you to the many chaplains and staff who stepped up to this call. We continue to be in contact and communication with municipal agencies as well as our non-governmental agency partners regarding how DCS can best be of assistance in meeting the ongoing and emerging needs of the community.

Please consider making a donation to one of the many great organizations working on the relief effort.